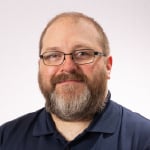 SQL Server 2008 was first released back in July 2012 with Mainstream support ending in July 2014 and Extended support in July 2019. Since that time Microsoft have made Security Updates available for Extended Support customers. That cycle comes to an end in July of this year if you are not using Azure. In short, SQL Server 2008 has served us all well, but it's time we moved on.

To help protect our customers, we have added checks to the Chocolatey Central Management packages that will try to detect the version of SQL Server being used and stop the installation if it does not meet the minimum requirements. Due to the complex format of version information returned by SQL Server, these checks do their best to protect you, but they may get it wrong. You must ensure that you are using SQL Server 2012, as a minimum, for the Chocolatey Central Management database. If you know you meet the minimum requirements of SQL Server 2012 and the package fails to detect this, you can skip the checks by adding --params="'/OverrideSqlServerCompatibilityCheck'" to the Chocolatey CLI command line when upgrading or installing.

I hope this gives our customers enough information to plan for the upcoming release of Chocolatey Central Management 0.9.0. If you do have any further questions, you can find your support options by running choco support from the command line.

Paul is an MVP in Cloud and Datacenter for his work in PowerShell and a Microsoft Certified Trainer (MCT). His career has seen him work in many sectors for over 30 years. As somebody kindly put it, he's been about a bit.