Chocolatey Fest Less Than a Month to Go!

Chocolatey Fest Less Than a Month to Go!

Chocolatey Fest aka WinOps.org San Francisco is less than a month away! This year’s inaugural user conference, the first of its kind in North America focused on DevOps on Windows (WinOps), Chocolatey and related technologies, takes place October 8th, 2018, at the Park Central Hotel in San Francisco, California. 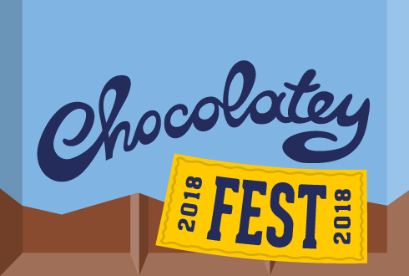 We’ve got a great lineup planned for you, with keynotes, track sessions and workshops centered around the topics our community cares about: automated testing and deployment, infrastructure as code, containers, security, saving time, and more.

Plus you’ll get to meet the people behind Chocolatey, and network with WinOps experts from companies like Facebook, Microsoft, Red Hat, Yelp, and others!

Maybe you’re already convinced you should attend, but your manager may need some persuading. Use the letter below as a starting point, and personalize as needed.

We are excited to see you at Chocolatey Fest!

Subject line: Please send me to Chocolatey Fest this October

As our team has discovered, automation and other DevOps practices aren’t just for Linux shops; it’s increasingly important for Windows teams too. We’ve already seen some success with [name a recent automation project/initiative], and now we need to turn our attention to [name an upcoming initiative/goal].

Chocolatey Fest, a Windows automation conference in San Francisco on 8 October, can help provide the education and best practices we need to reach that goal. The conference brings together WinOps experts from Facebook, Red Hat and Yelp — companies that are leading the way when it comes to Windows automation — and highlights how their teams have use Chocolatey and related technologies to increase time to value, reduce errors, and improve security.

A ticket to Chocolatey Fest includes:

The conference ticket costs just $250, and the Hackathon is free. With travel and accommodations totaling [fill in cost], the all-in cost would be [total]. With everything I would learn, that would have a value to the company above and beyond because I could do [fill in some automation needs], that would save the company [savings] over the next year!

I hope you’ll agree that Chocolatey Fest is a worthwhile investment for our company and that you’ll approve my attendance at this year’s event.