By Chocolatey News Team|Posted Monday, May 3, 2021

We are excited to announce that James Ruskin has joined the Chocolatey team as a Package and Infrastructure Engineer! 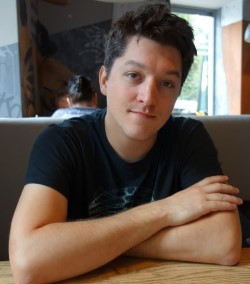 James has been using Chocolatey for many years, both at home and at work. He started out as a SysAdmin using it to automate image creation, keep applications updated without disturbing users, and in scripts that set up his home network.

In the years since, as a DevOps Engineer, he has graduated to using it when scripting deployment of far larger virtual environments running software-as-a-service - after internalizing the packages for consumption from private feeds, of course.

He lists his strengths as PowerShell, Infrastructure-as-Code, and "a vague obsession with pipelines."

"I'm thrilled to be a part of Chocolatey," says James, "It's such a keystone in Windows automation, which is something I'm shockingly enthusiastic about, and I'm really looking forward to being able to help more folk automate problems away!"

He will be based remotely in Cambridge, UK.